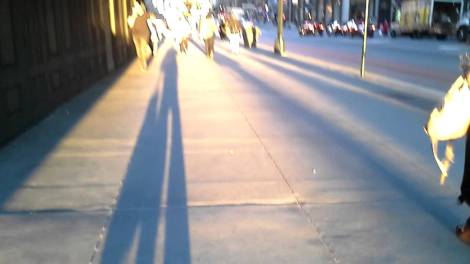 The doctor warned Lawrence Waters that the first forty-eight hours would be the most difficult. It’s not so much the shock to the system, but as the body accustoms to feelings again, it cycles through most of them. And the brain is forced to quickly learn which ones are positive and negative. At first, the distinction is impossible to recognize.

As such, when Lawrence sees the tall, blonde, gorgeous nurse and his heart goes a flutter for the first time in twenty-nine years, he isn’t sure if it’s a good thing or bad. Likewise when she mentions her husband, and he feels the flutter sink suddenly and violently. All the sensations are new and difficult to qualify. But the doctor assures him everything will be fine within a day or two.

“But, try not to drink or snort anything until you find your equilibrium. Alcohol and narcotics tend to enhance the feelings and the body has a harder time adjusting.”

That makes sense to Lawrence, but half the reason he’s having his feelings reinstated is for the party he’s to attend tonight.

When he’d started seeing Charlotte three months ago, he was under the impression she was also repressed. Most people are. Lawrence had one friend, in primary school, whose parents were of a different era, and he was unrestricted. Billy Matheson. Lawrence liked him most of the time, but there were days, he was different. And when Lawrence and the other repressed students pointed out the differences, it caused Billy to get upset and sometimes leak from his eyes. It confused Lawrence.

Charlotte was so composed and neat. She blinked in rhythm, just like Lawrence, so when she told him, three days prior, that she had never been repressed, he didn’t know how to react. Of course, he didn’t feel anything about it, but it was surprising. And, he decided, after hearing her describe a what a feeling feels like that he wanted to experience it.

The procedure is painless and takes no more than five minutes. Of course, the liability paperwork is overwhelming. And for some reason, they require the the purchase of something called insurance, which Lawrence had never had to worry about before.

“When you feel, you never know what’s going to happen, so we need to cover our bases. The premium is very reasonable. But we ask that you sign and pay before undergoing the procedure, as after, your reaction will be less predictable.”

To Lawrence, this was perfectly logical and reasonable at the time. But, now, as he slowly walks out of the Fifth Avenue doctor’s office, he finds himself doubting the logic and rebelling against the reason that was so clear just hours before. But, the doctor assures him this is temporary and soon, he will find balance between his new feelings and the logic and reason that once ruled his world.

The sun is so much brighter now. People’s voices are either soft and wonderful or abrasive and jarring. His shoes are suddenly not at all to his liking, and for some reason, his heart keeps changing pace and rhythm, especially when he sees the beautiful woman in the green dress entering Central Park or when the air train agent smiles at him as he boards his pod.

He arrives back at his apartment and dims the windows, as the brightness is causing him to have a headache. He drinks a large glass of fluoride water followed by calcium juice. Then he lies down on the couch and drifts into a long, deep nap.

He’d heard of dreams, of course. There was a class he took on them in college – conceptual, obviously. But, he’d never had one. Not that he could remember anyways.

He’s floating through a grass field. The colors are so vibrant and the air is thick, so thick he can walk and swim through it. He sees Charlotte in the distance and tries to fly to her. He struggles to get her attention, shouting and screaming for her to come to him, because the air is too thick and he can’t make it to her. His body is warm and something’s happening. He can’t explain it. There’s fire in him, around him, coming from him. He’s the sun and she’s a planet, orbiting around him, just close enough to feel his warmth, but not too close as to burn.

He awakes in a moment of overwhelming sensation. And when he lifts the blanket he’d wrapped himself in, he sees that something’s happened while he slept. He thinks about calling the doctor, but remembers him saying something about emotion causing physical reactions and he writes this off as one of those.

After cleaning himself up and taking a warm shower, the best shower of his life, he grabs the outfit he’d planned to wear to the party. He stares at it in the reflection window – the grey jumpsuit, neutral and… boring.

He opens his closet and finds nothing in there acceptable. A collection of matching jumpsuits ranging from warm grey number 7 to cool grey number 2. Until this moment, this is all he’d ever worn, all he’d ever considered wearing.

His hands are shaking and his heart is pounding. Small beads of salty liquid begin to form and drip from his forehead and all he can think about is what Charlotte will think. Will she like this outfit?

He doesn’t own anything else. So, instead of a wearing the matching suit, he pairs pants in warm grey 6 and a jacket in cool grey 1. The variation’s pleasing to him and he finds himself smiling in the reflection window.

Outside Charlotte’s building, he notices a small garden. He’d never noticed it before. But it’s beautiful. Colorful. He smiles and picks one of the red flowers. He isn’t sure why, really. But it feels the right thing to do. And for the first time, Lawrence trusts his gut.

He climbs the four flights of stairs to Charlotte’s loft. He can hear music through the door and his feet start moving. He quickly puts a stop to it, not understanding what’s going on.

Charlotte answers the door and smiles. The thump in his chest nearly knocks him down and Charlotte lunges to catch him. His lungs can’t hold air. His cheeks are stretched to their limit. And his skin seems to be pouring salty droplets of feeling.

“Lawrence, darling, are you alright?”

Her voice flies through his ears and dances in his head, reminding him of the field and the sun and the warmth he felt in his dream.

He opens his eyes and looks into hers, finally noticing how wonderfully blue they are, just before his vision goes incredibly blurred and different salty droplets begin to slide down his cheeks.

She smiles softly, understanding. She puts her arm around him (which unknown to her sends sensations throughout his body he can’t begin to make sense of) and leads him to her room. She turns the lights off and sits him down on the edge of the bed.

“Lawrence, you dear, dear man, what did you do?”

He tries to speak but words, for some reason, are so difficult to form. Thoughts are bombarding him and he can’t choose which to let out. Until finally, somehow, sound comes. “I love you.” He says it strongly and directly, almost sounding like the old Lawrence.

She smiles and kisses him on the cheek. He closes his eyes and allows the sensation to wash over him. She rests her head on his shoulder. He puts his arm around her, at which point he remembers he’s still holding the flower he’d picked. He slowly lifts it and presents it to her, still not being fully sure why.

“Thank you.” She softly says. “It’s beautiful.” She smells it and smiles and holds it up to Lawrence’s face for him to smell. He’s confused but trusts her and lowers his nose, burying it in the soft, delicate pedals. She wipes the salty droplet from his cheek and tells him to rest in bed while she entertains some guests for a while.

He falls onto her comforter and wonders why it feels so much better than his. He stares at her ceiling and looks at her walls, which, unlike his, are covered with memories and moments from her life. He sees a memory of her childhood. She’s wearing a bathing suit and is standing next to a man who has hair above his lip. Lawrence doesn’t know why but it brings peace. He wouldn’t know how to describe it, but for the first time in his life, he feels comforted.

At the end of the party, Lawrence is still staring at the memory, wondering if he should put hair above his lip. Charlotte returns to her room, exhausted. She looks at Lawrence, tucked into her bed, staring at what she knows to be her fifth birthday and her uncle Marvin, who raised her.

He nods and smiles. She sits next to him, tears in her eyes, overwhelmed by the incredible gesture. She doesn’t say it. She doesn’t say anything. She’s not sure he’d truly understand it if she did. But, they stare into each other. And they both know.