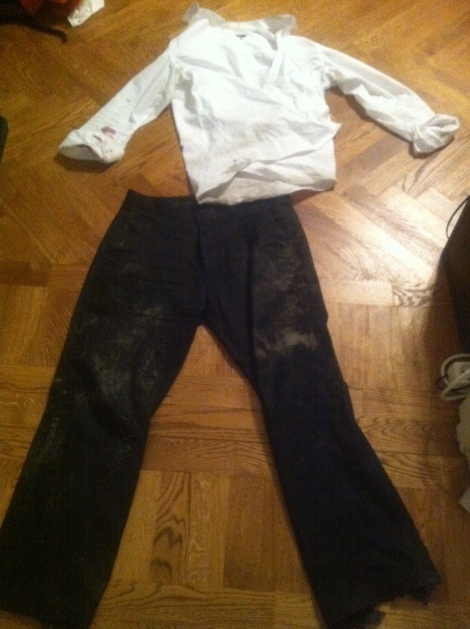 Break ups. They are painful. They suck, for lack of a better word. Joe’s being broken up with right now. He doesn’t know it yet. She’s just started talking about how much she likes him, and he’s still allowing the lingering champagne tingle to massage his tongue. He’s watching the curtains swing in the soft California air. He loves everything about this moment. He probably wouldn’t if he knew what was coming. Thoughts of returning to his tiny one bedroom in Harlem subsided after the weekend in Hermosa. And, in the afterglow of the perfection that was today, they are nonexistent. They have been replaced with thoughts of moving. Of just staying. She brushes her hand through her golden brown hair, and Joe turns towards her. Her eyes are so still and full of light. Joe begins to reach towards her, planning to brush his hand through her golden brown hair. His hand doesn’t make it.

Joe stops. Though he imagines it doing so, time does not. The salty air is now harsh and thick. Joe coughs. She squirms and rambles on about some guy that she had been seeing before she met Joe – who is now subtly trying to swallow his own head. He can’t find fault in her argument. They had never talked about what they were. He had suspected there was another guy many times but was always afraid to bring it up. Memories of these moments flash behind his eyes. It hurts and he slams them closed. She takes this as a signal to stop talking for a moment.

While being broken up with, people have a wide array of reactions. Some become violent. Some fight back. Some counter and preemtively break up. Some cower and cry – Joe had done that once; he didn’t want to do it again. Some shut down. Some picture themselves in scenes from a movie. This could go on and on.

Joe excuses himself politely. He slides out of the oversized bed, giving his toes a moment to enjoy the now obnoxiously plush carpet, which incidentally is magenta – Joes favorite neon color. He walks quietly to the bathroom where he breaks down in a silent, tearless sob. His stomach opens up and, for a moment, is both empty and full. He is breathing heavily and is completely void of air. He is nothing but a shell. He is broken. He is unable to stand. Every muscle tenses and he can’t fall to the ground. His heart throbs. He sees himself in the mirror and curses everything. He is all the world’s fear and hurt balled into this persona of a mid twenties unsuccessful actor. And then he stops.

“yes we are friends.”

She smiles and moves the cover as to invite him back into the almost overly comfortable bed. He sees the line of her underwear against her leg and he wishes with all his might he was a different guy. That he was a guy that could act in this moment. That he could change this. That he could grab her and ravage her into loving him the way he does her. That he could say something. That he was stonger. But he’s not. Joe is quiet and afraid. So, he turns and packs his small duffel bag, and tells her he’s going to sleep on the couch. He doesn’t sleep on the couch, though.

He leaves the apartment he is now convinced is not even hers, and he wanders. He has no aim or direction. He just wanders and replays. He winds through streets he’s never seen nor heard of. The suburbs north of Los Angeles pass by him in a blur. He cries occasionally and says outloud, to various shadows and alleyways, what he wished he had said to her. He doesn’t call anyone. He doesn’t return to her. He wanders and feels… Everything.