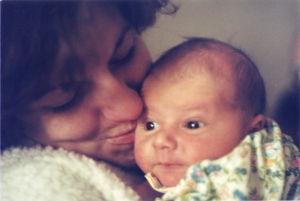 Martin Brewster, owner and operator of Martin Brewster Cooling in Mount Pleasant, Michigan, has a large, used, brown La-Z-Boy in the guest bedroom of his three bedroom home that he is about to sit in for the first time since he bought it nearly thirty years ago.  Both other bedrooms in the Brewster home – his and his son’s – are fully furnished with beds, dressers, artwork of various fashion, wardrobes, and nightstands.  Most would consider them quite cozy.  The guest bedroom, located directly across from young Wallace Brewster’s room on the second floor of the suburban brick house, however, contains only the off-centered recliner.

A long list of over-night guests have described the ragged chair as a delightful sleeper.  Some have even gone so far as to say the one hundred and thirty five degree angle of recline was far preferable to a standard mattress.  The downside, of course, is the difficulty of sleeping two. Martin’s cousin, Margret and her husband Bobby, learned this within minutes of bedtime.  Bobby moved to the floor being a gentleman and not wanting to start an argument while at his in-laws home.  Margret greatly enjoyed her slumber.

The chair is fully equipped with a cup holder and cooler on the side to make lounging, and presumably TV watching, more effortless.  Both seem wasted, as there is no TV, artwork, nor even a nice view to lock ones eyes on in the gigantic guest room.  The front left leg was damaged in 1994 during an unfortunate vacuuming accident that Wallace will never forget.  A copy of “The Bridges of Madison County” now levels the Lay-Z-Boy.

Martin’s heart is thumping beneath his ribs and the healthy layer of insulation he built up over winter.  He tried losing the weight last summer but found it a hindrance on his work, as he is most often locked into very small, very cold rooms.

The story of how the chair came into Martin’s possession is less than unique.  He bought it at a garage sale in 1991 for nineteen dollars.  It had been marked twenty-five dollars, and he thought it quite a bargain until his wife, still alive then, revealed she had bought a vintage exercise bike for six dollars.  It was similarly marked twenty-five.  This was one of two reasons Martin had never so much as even leaned on the armrest.  The other reason is cause for the drips of sweat currently sliding down his forehead and filling his armpits.

He rarely even ventured into the room that when he and Lisette, his wife, whose name he cannot to this day utter without a crack, had shared.  The chair, which then was conveniently located next to the bed, was her favorite place to sit and watch Martin sleep.  Near every morning, he would wake to her sneaky smile, overlooking his slumber.  She would say watching him wake was like watching him come to life, and that she loved the idea of welcoming him into the world.  Martin loved morning. A tear slips from his right eye as he thinks of it.

He can hear Wallace sitting in the hallway, hoping that his dad will sit and relax and remember all the love and magic that the chair had once held.  Wallace occasionally sneaks into the minimalist guest room and sleeps in his mom’s old roost.  He has pictures of her taking advantage of the leg rest while sleeping next to, feeding him, and just holding him when he was a baby. They are the only memories he has of her. Martin, however, cannot bear to think of those days.  All he can remember are the later days, after the accident, when she could hardly get out the perfectly cushioned rocker, when her sneaky smile was replaced by a vacant stare, when her brilliant sparkle dwindled to but a dim glow.  And finally, he remembers the morning he woke and she was gone.

His heart bursts in his chest and he collapses in front of the brown beast.  His arm and forehead rest upon the welcoming cushion, and he has a flash of memory – the day they brought it home.  She hated it then.  She said it was old and probably had fleas. And at that particular moment, even Martin’s love for it had turned to resentment over the fact that he had not haggled the seller down as much as his wife had with her exercise bike.  She walked into the bedroom just as Martin placed it next to their bed.  She had a slight glow of sweat on her brow after a quick test run of her new bike.  Martin looked up at her sneaky smile, which was almost not a smile, but a scowl with an upward twist. She was glowing in the soft dusk light. “What do you think?” She sprung forward and plopped down hard against the soft cushion and aging springs, “I think it’ll be a great place for breast feeding.”

He laughs through the tears.  And as he raises his head across the soft, brown fabric, he recognizes an ever so faint hint of her.  He climbs into the chair, curling his legs into his chest and burring his face deep into the back.  He inhales and laughs as the last remaining hint of her scent tickles his nose hairs and stirs a thousand memories in the deeper corners of his mind.  His eyes project every one of them onto the wall and, in this moment, Martin, for the first time since Wallace’s birth, sighs a sigh of absolute pleasure.  He flips around and drops his right arm to the side, and as though he had done it every day for the last thirty years, smacks the recliner, shooting the leg rest straight out.  He reclines back to the perfect one hundred and thirty five degree destination and, as he ponders change, his eyelids start to sink, his mind slows, and just have his guests and his son have done for years, Martin falls asleep in the old, used, brown La-Z-Boy he had bought at a garage sale nearly thirty years ago for nineteen dollars.

One response to “The Sleeping Chair”