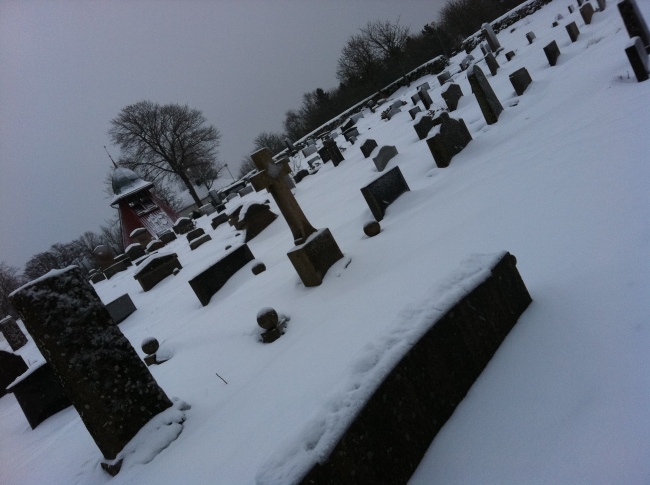 I had been to the Toronto Airport once years prior and had a horrible experience in which they lost my flight.  Seems an impossible thing to have happen, but it did.  That’s why I was so surprised I ended up there after dying.  At first I thought it was hell.  One second I was walking across Fifty-Second Street; the next I was standing in front of the Burger Bar at two o’clock in the morning, the airport staff huddled around the counter eating their bagged late night snacks and laughing about some guy who had eaten there earlier in the afternoon.  I tried to get their attention, but no one could hear me.  That’s when the thought first entered my mind, “I got sent to hell.” I really wasn’t expecting it. I mean, sure I had done my fair share of bad things, but overall I was pretty good guy. I gave money to charity; I went to church on the major holidays; I helped blind people cross the street; I even adopted an abused puppy from the Humane Society.  Yet there I was, watching the local Canadians play with the iPads that were attached to the counter in front of each seat, neglecting their duties as janitors, security officers, and baggage personnel. What else could it be but hell? This was, of course, prior to orientation.

For years, I had worked as a teacher in New York. I had shaped minds. I gave everything I had to future generations and rarely asked for anything in return. I had been in love twice, once for a number of years even.  I paid my bills on time. I ate vegetables for more than just the health benefits. I enjoyed watching classic television. I invited my neighbors over for an annual holiday party on the 18th, as to not interfere with family and closer friend obligations they might have.  I wore a size nine loafer and ran twelve miles per week.  I wasn’t devout in any way but always respectful of the possibility.  And yet when I was faced with the orientation leader, Jim, I was doubtful.

He came out from the bathroom still drying his hands on a standard brown airport paper towel.  He rushed over to me, apologizing. “I didn’t realize you had arrived. Welcome.” Welcome. Welcome, he said. To what? Was I just welcomed to my own personal hell – an eternity to be spent in Terminal Three of Pearson International Airport? The same airport that caused me to miss my sister’s wedding because, as the curt yet polite agent said, “Well, at Pearson, one hour really isn’t enough for a layover.” And here I am greeted with “Welcome.”

I was so fixed on the ridiculousness of his greeting I barely noticed he had started walking away and I had to run to catch up.  “By now, I’m sure you’ve come to realize you are dead. I wish I could break it to you more gently, but I’ve learned over the last number of centuries that a direct approach is best. And I am sure there is a fair bit of confusion about why you are here, at the airport. The answer is simple. You have a flight to catch.” He paused to acknowledge the perplexed look on my face. “Don’t worry. You’re going Upstairs.” This didn’t calm me at all.

“You see, you will soon be graced by an overwhelming feeling of calm and peace. You will feel the warmth of what most call heaven – we like to call it “Upstairs,” as some find heaven to have an overly religious connotation.” I wanted to ask a question but he stopped me. “Upstairs is simply a resting place.  You will forget what anger, frustration and, well, what all negativity feels and tastes like.  Because of this, we like to give you one last savory bite.  A little morsel to remember. After all, if you don’t remember the bad, how can you know how good you have it?” He chuckled at this point and buttoned his pail blue suit jacket.  I had barely noticed it before, but after the chuckle I couldn’t take my eyes off of his incredibly drab and ugly suit.  I couldn’t tell why I despised it so much, but it was simply awful. And he kept touching it, drawing attention to it.  “You’ll soon be greeted by your pilot. Don’t be alarmed by his wings. They are not attached the way you think they are.  He is not an angel.” He touched the suit again, this time brushing a piece of fuzz off the shoulder. That’s when it hit me. It was my father’s suit. The suit he wore the day he dropped me off at school. The day he came home from work and told me we had to move. The day he tried to make getting fired and kicked out of our building sound fun and happy. I hated that suit. For the rest of my life, that suit reminded me of failure, of pure mediocrity, of simply giving up. It was the suit my mother chose to bury him in. And I hated her for that. “He looked so handsome in that suit,” she said to me the morning of his funeral.

The flight up was easy. I barely remember it. And the pilot, with his detachable wings, was as forgettable as how I had died. Everything seemed to fade once I arrived. There was some paperwork to sign, making sure I was in the right place. I was introduced to a team of lawyers and orientation leaders. They gave me keys to a house and told me to enjoy. Then, they disappeared.

The house was amazing. Everything smelled like fresh baked cookies with almonds in them. The bathroom was a perfect level of clean – polished but not chemical. The kitchen was open and full of fresh fruit, veggies, herbs, and a spice rack complete with thyme, coriander, bay leaves, and anything a young chef might desire. The couch sunk in deep and made you feel like you were a baby in your mother’s arms. The bed was long and wide and somehow felt like a waterbed without water in it. I nearly fell asleep the second by neck hit the perfectly soft pillow. There was music in the background that stopped every time I needed to complete a thought.  In the corner, there was a beautiful globe that opened to reveal the greatest collection of bourbon and gin I had ever seen or dreamed of.  I reached for a bottle and as my fingers touched it, a drink appeared on the mixing board. I turned to take everything in and felt a peace wash over me that I hardly have words to describe.

I sat and slowly sipped my drink. Every flavor rushed to the top of my head and made my hair, which was suddenly back to its teenage thickness, stiffen and fall. I reached for the remote and the vintage television clicked on. “Hello. I hope you’re enjoying your new home. Feel free to explore the neighborhood as well. I think you’ll find it equally satisfying.” Even his suit didn’t bother me as much in my new surroundings. Perhaps I was seeing it as my mother did. He explained some of the perks and guidelines of Upstairs. I could help myself to anything and it would never run out. I could go anywhere, watch anything, see anyone, and enjoy what I wanted at any time simply by requesting it.

“You’ve been granted a passport, which you will find in the top drawer of your bureau. You can use this to travel back to the Lobby, as we call it, anytime.” Travel back? Who would ever want to leave, I remember thinking. But years of ease ware on a person. Even a dead one.

My first trip back, I was a dog. I went for two weeks, which I had been told was too long.  And it was.  I visited old girlfriends and watched them play with their grandchildren. I snuck into the kitchens of my favorite restaurants and nibbled on bits of prosciutto and fresh mozzarella. I stood in front of a pawnshop and watched old episodes of Dick Van Dyke. But it was hard not to see the harshness of the Lobby. To see the grit and shadow that I had forgotten. And to feel all the pain and sadness and insecurity that had been left behind when my heart gave out as I crossed Fifty Second Street.

The following trips were significantly shorter – four, sometimes, five days. I went back as a mouse, a bird, a tree (which was absolutely wonderful), and twice as a baby. There’s nothing that compares to being held by a mom. Even Upstairs.

I would go more often, but having to commute through Toronto keeps us hesitant to visit too often.  I have to admit; the planning there was pretty top-notch.  Once I saw the gate agent that had told me, as I was missing the flight that should’ve taken me to my sister’s wedding, that an hour was not enough at Pearson.  The man she was talking to had the same look I am sure I had while talking to her.  The absolute combination of frustration, exhaustion, confusion, and reserve.  I chuckled.

Reflection occurs frequently Upstairs. I meet with a group of New Yorkers and we share the stories we can remember, most of them about food and family. I like to tell the story of my first kiss. Others prefer to tell stories from later in life. We talk about our trips to the Lobby and about what it feels like to return to the warmth afterwards.

Sometimes we wonder if we miss the harshness of reality. But usually when we start down that path, music starts to play or a drink appears in our hands and we move on to other topics. But perhaps it’s those moments that keep us going back, that drive us to wonder what else there is or could’ve been, to realize that it’s only human to want to be happy, to want to find Utopia but to never fully understand exactly what that is.

I can’t say I have many regrets. But as I write this, lying in my perfect bed, staring at walls that remind me of my childhood bedroom, I ponder. I wonder. And I wish I could go back for the ride again.

2 responses to “The Lobby”