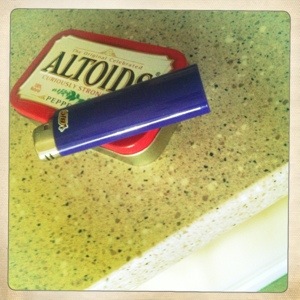 The curiously strong mints Wilshire Hallenbrook had handed out at his summer gathering were peppermint flavored and quite delicious on the tongue. Later, survivors would recount that the elite guests who had ingested the mints acted no differently prior to their demise.

The summer kick off began at one o’clock sharp with prosciutto wrapped melon balls and bloody maries which were hustled through the large beach house by waiters dressed completely in white aside from a small black arrow just above their hearts. Wilshire always had a flare for the details. His suit had been hand made and perfectly tailored to both his body type and his personality. It hosted three different patterns and just above his right lapel laid a small pin that, if close enough, could be seen to read, “I’m a tall, successful man. It’s nice to meet you.” From a distance, it simply looked like a gold pin.

The guest list was a who’s who amongst Cape Cod’s, Martha Vineyard’s, The Catskill’s, and because he had to have a few New Yorkers there, The Hampton’s elite. Movie stars, musicians, business moguls, and WASPS of the highest caliber gathered with Wilshire to toast him on his newest venture. They were, at that point, unaware that the venture had fallen through three days prior after the discovery that Wilshire had falsified all data on the CYNDROX 13572 miracle med that would have hopefully cured the world of all disease.

Wilshire stood in front of the admiring eyes of his guests, lying and boasting of the accomplishments made my himself and the other scientists of Cyndrox Pharmaceuticals, all of whom were, at that moment, stacked in a small broom closet in Wilshire’s basement. He laughed and smiled, all the while encouraging further partaking in the curiously strong peppermint flavored mints that he had laced with cyanide that morning.

The first cough came from a small man, who had, after four bloody maries and a vodka Gibson, eaten what to most would seem an absurd handful of the breath fresheners that would soon kill him. The man standing next to him, an actor who had been quite successful in his youth but hadn’t actually performed in decades, asked if he was feeling alright, assuming the cough was simply due to the abundance of peppermint flavor the tiny venture capitalist was swallowing. Forty two seconds later, the small man collapsed. The actor followed twenty seven seconds after. A woman screamed and dropped both her drink and the necklace she had just removed, thinking it was the cause for the slight tightness in her throat. It was not the cause. And just as her bloody mary splashed across the white marble floor, she collapsed, her right hand landing on the child star’s buttocks. This made Wilshire, who had not eaten a single peppermint flavored mint, but had been munching on his own supply of equally strong, cinnamon flavored mints, laugh slightly, thinking, she had probably been dreaming of doing that all day. He chuckled aloud, which made the still breathing guests quite uncomfortable,

One such guest, an elderly man who had made his fortune selling prosthetic limbs and was allergic to peppermint, quickly dialed 9-1-1. The remote location, specifically chosen by Wilshire, made it impossible for paramedics to arrive in time.

The first officer on the scene, Deputy John Marshall, who had little sense of humor about the irony of his name, had never seen a dead body up close. His stomach quickly shot up into his throat and he excused himself before arresting Wilshire, who was sitting on the couch enjoying a cinnamon mint and a white Russian. At his trail, which took place months later, Wilshire would explain his temporary insanity as being caused by pressure from work and media. The prosecution would poke many holes in his story, convincing the jury that he was simply a sociopath who killed seventy four people over a three day span using peppermint mints described as curiously strong, champagne, which was how he poisoned the research team at Cyndrox Pharmaceuticals, and, in one case, most disturbing to the jury, a can of Alpo.

John Marshall received a fair amount of acclaim for the arrest and was offered the county Sheriff’s job. He turned it down and left law enforcement. He now works as a pastry chef in Eerie, Pennsylvania. He makes incredible lemon tarts.

The elderly man who had made his fortune selling false arms and legs retired after Wilshire’s trial. He has not attended a single social event since. One survivor, a rapper, who has paranoia over eating things out of large bowls, wrote three songs about the “bloody mary bath” as he called it. They were not well received. Other not poisoned guests went on with their social lives as though nothing had happened. Occasionally the unfortunate day in early June is discussed over dinners and martinis, but it’s always done so with a slight hint of humor, as no one can really handle delving too deep into the actual causes of Wilshire’s madness.

Wilshire, himself, now resides in the maximum-security wing of a remote prison, where he awaits execution. He is allowed three meals per day and, because he had hosted a private event for the warden prior to the downfall of CYNDROX 13572, two cinnamon breath mints for dessert, which he always makes note to say are “curiously strong.”